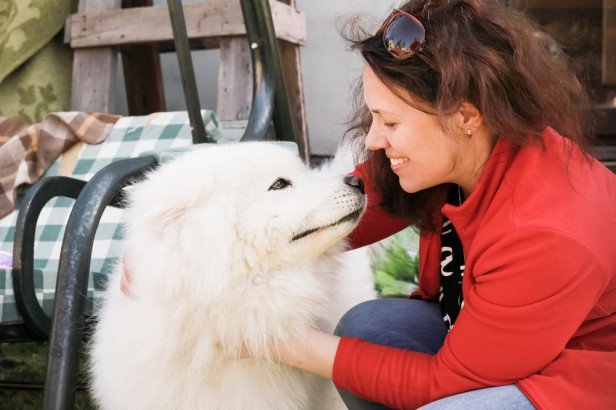 A recent American Veterinary Medical Association survey shows that singles are more and more often turning to pets for love and companionship.

Pet ownership saw remarkable increases amongst those who were divorced, widowed or separated. These groups collectively saw a 17.7% increase –  51.3% in 2006 to 60.4% in 2011. Interestingly, pet ownership among single men increased by 27.7% during the same time period.

While it’s unknown specifically why pet ownership has increased, it should be noted that pet ownership has been shown to have health benefits. Researchers from Miami University in Ohio and Saint Louis University conducted a series of three looking at the difference between pet owners and non-pet owners pet owners. They found that pet-owners had greater self-esteem, were more physically fit, tended to be less lonely, were more conscientious, were more extraverted, tended to be less fearful and tended to be less preoccupied than non-owners. Lest you think that the crazy cat woman stereotype applies here, these researchers found pet owners reported the same levels of intimacy and closeness to significant people in their lives as to their animal; indicating that relationships with their dog or cat did not come at the expense of relationships with other people.

If you’re single or coupled and looking for a pet, all 28 Planned Property Management buildings are cat-friendly (residents also won’t have to pay a cat fee) and several PPM buildings also accept dogs. If you’re interested in pet ownership, but uncertain if you have the time to commit to a pet, worry not! Many rescue organizations in the city allow a foster-to-adopt option. As a foster, the shelter provides food, a crate, leash & collar, and vet care for the dog or cat, while continuing to look for a permanent home for the animal. However, if after having the dog or cat in your home you decide to adopt, you can fill out adoption papers and make your house guest a permanent part of your life. Below are some rescue agencies that allow a foster-to-adopt program:
Chicago Canine Rescue – http://www.chicagocaninerescue.com/foster/
PAWS – http://www.pawschicago.org/foster-care/
Be Fido’s Friend – http://www.befidosfriend.org/foster-opportunities/
Best Friends Furrever Animal Rescue – http://www.bffanimalrescue.com/volunteer-opportunities.html
Tree House Cats – http://www.treehouseanimals.org/site/PageServer?pagename=programs_foster_program
Make sure to check out our latest blog on Keeping your Dog Safe on Walks!