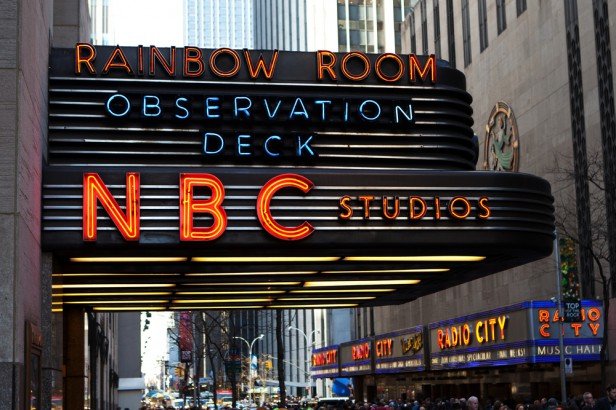 I know, I know, the last thing we want to think about right now is the summer coming to an end. It feels like the polar vortex just left the windy city but unfortunately, fall is right around the corner.
But there is one upside to fall – other than great tailgating weather – and that’s looking forward to new fall television shows.
Yes, some of our favorites are back, and maybe some of our favorites got canceled, but there are always a few new ones that end up being great. Here are a few to set your DVR’s to record this fall:

Set at an internet dating site office, the show details one of the employees falling in love and the course of that relationship. This show is noteworthy because of its producers: Rashida Jones and Will McCormack.

From the producers of Gossip Girl comes a drama that depicts a group of women whose husbands are astronauts in the 1960s.

Follows a young CIA analyst who specializes in Russian affairs, and his family who he discovers are Russian spies.

A gritty drama about a young couple who were attacked in their home and how the case reveals racial tensions in California.

Starring Rashida Jones (parks and rec) and co-created by Steve Carell, which should already have you wanting to watch. A comedy that is set in a police station.

Another comedy crime show this one starring Rainn Wilson who plays an offensive but brilliant detective.

From the creators of Will & Grace comes a comedy about a group of friends who were all in different cliques in high school but now all work together at a barber shop.

Kate Walsh stars as a judge in the criminal court system who happens to be a little on the wild side. Her courtroom is unpredictable and she parties and is also in a band.

Think Wizard of Oz theme drama gone dark. A young woman on a mission, swept up by a tornado and transported to another world, with kingdoms, warriors, and dark magic. Oz is not quite what we’re used to in its original version – Dorothy is much stronger and the witches don’t die quite as easily.

How to Get Away with Murder (on ABC)

A legal thriller about a group of law students and their professor who get caught up in a murder plot that will change their lives.