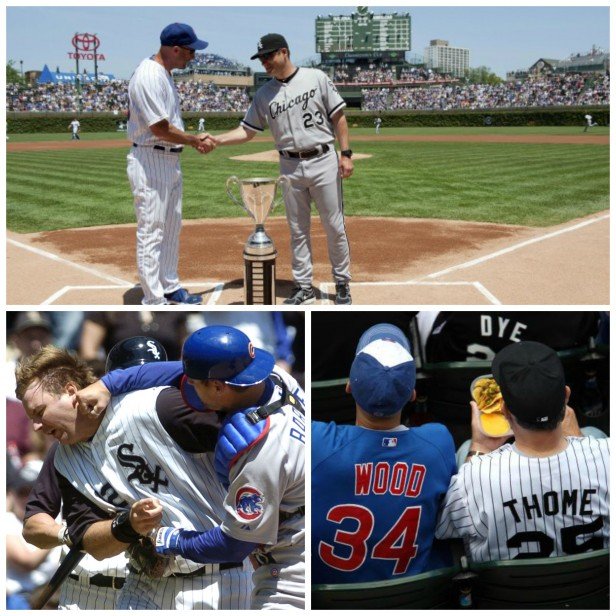 Chicago is home to two Major League Baseball (MLB) teams—the Cubs and the White Sox—that individually have long, storied histories and together have a rivalry that spans more than 100 years.

The Crosstown Classic Through the Years

The White Sox and Cubs first met on Oct. 9, 1906, for the World Series. The heavily favored Cubs lost in six games.

Between the 1906 World Series and the beginning of interleague play in 1997, the American League-based White Sox and National League-based Cubs played each other in semi-annual exhibition games that did not count toward the teams’ league records or standings; these recurring matchups became known among fans as the Crosstown Classic.

A yearly charity game between the two teams and officially dubbed the Crosstown Classic began in 1985 and ran through 1995. Since interleague play was initiated in 1997, MLB has routinely scheduled at least two series between the Cubs and White Sox, one set of games at each team’s respective stadium.

The series has produced its share of memorable moments, including Carlos Lee’s walk-off grand slam to beat the Cubs in 2001 and the Michael Barrett/A.J. Pierzynski catcher-versus-catcher brawl of 2006. The White Sox currently lead the all-time series, 56-48.

The annual series stokes regional pride within the city, where fans of the Cubs, who play at Wrigley Field in the northern portion of the city, are known as North Siders; fans of the White Sox, who play at U.S. Cellular Field (formerly Comiskey Park) in the southern end of Chicago, are referred to as South Siders.

Chicago’s internal North vs. South battles play a role in the song “The Ballad of the South Side Irish,” which includes the line: “When it comes to baseball I’ve got two favorite clubs, the go-go White Sox and whoever plays the Cubs.” The baseball series also inspired the annual Crosstown Classic 10k run, which pits north side runners against those from the south side.

Chicago media enjoys fueling the fiery rivalry. Last year, Redeye Chicago offered White Sox and Cubs fans a list of do’s and don’ts for the Crosstown Classic, which includes a reminder that there is an unspoken moratorium on the amount of times White Sox fans can use the 2005 World Series championship in response to smack talk from Cubs fans. The Cubs, incidentally, have not won a World Series since 1908, just two years after their first meeting with the White Sox.

If you’re seeking a great Chicago apartment in the desirable Gold Coast, Lakeview, Lincoln Park or Wrigleyville communities, please contact Planned Property Management today. We are devoted to improving the experience of finding, living and renting in Chicago’s best neighborhoods.