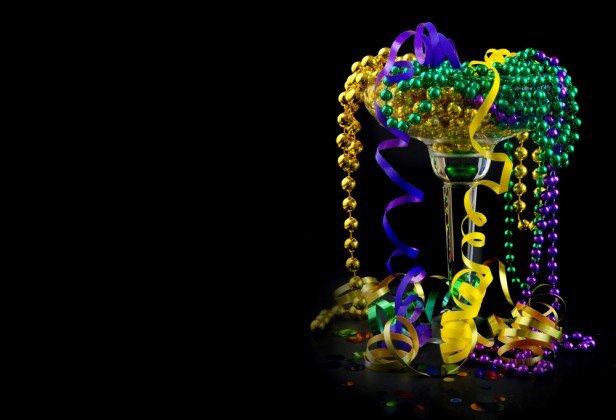 Have you been looking for a holiday to celebrate other the Valentine’s Day? Well Fat Tuesday is on February 13th and is always fun to celebrate. If you are not sure what Fat Tuesday is, it is just another name for Mardi Gras. A lot of people celebrate Fat Tuesday because it is the day before Ash Wednesday which is when lent starts.

In New Orleans they celebrate Mardi Gras because it is their last day to get everything out of their system before lent. Fat Tuesday is celebrated all over. Keep reading to find out where to celebrate you Fat Tuesday in Chicago this year.

Celebrates Fat Tuesday Party with $2 domestic beer bottles and $5 “Rock You Like a Hurricane” drinks, even though any songs by the Scorpions don’t seem exactly Carnival-inspired.

Features a number of themed food and drink specials including $5 Hurricanes and $7 Bourbon Street Chicken Sizzlers.

Offers $5 drink specials though Thursday including Hurricanes and Hand Grenades in souvenir cups, plus, get your grub on with New Orleans fare such as a chicken or shrimp Po-Boys with a side of Jambalaya and Andouille Cajun Pizza.

Throws down N’Awlins style with a special on Hurricanes, the Mardi Gras drink of choice. First one is 10 bucks and each additional one is $8.

Hosts a Fat Cat Tuesday Mardi Gras benefit. A $15 donation gets you three drink tickets which you can use to drink Hurricanes and a vegetarian and vegan buffet from 6-8pm. Division Street turns into Bourbon Street on Fat Tuesday, setting up the ultimate bar crawl. Bootleggers, The Original Mother’s and She-nannigans House of Beer all offer special Carnival-inspired specials and the Big Shoulders Brass Band plays in the street along with street freaks and stilt walkers. More information at RushAndDivision.com.

Fat Tuesday Party includes a number of themed cocktail specials and a “Big Beads” contest that awards a prize to the person who collects the most beads throughout the night. We’ll leave it to your imagination how that all goes down.

Celebrates Fat Tuesday (1100 American Lane) with DJ Wizz Kid spinning and upbeat “Mardi Gras Mix” of Big Easy music and Top 40. Giveaways include beads, coins, and cups and plenty of drink specials to get you in the party mood.

After all the partying to come, why not checkout our latest blog on Healthy Cooking for One In Your Chicago Apartment!