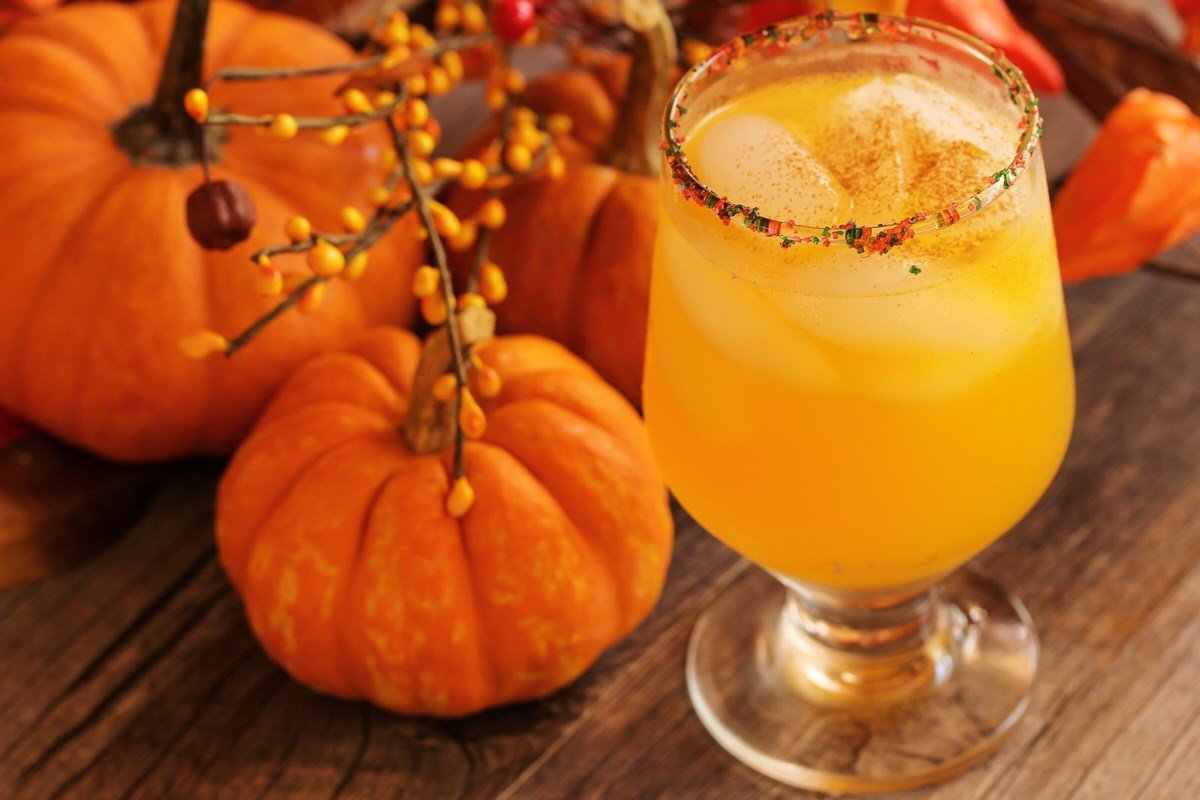 Move over, pumpkin spice latte. It’s about to be the weekend, and we’re craving something a little harder around here. Fall flavors like cinnamon and cloves go just as well in an ice-cold glass as they do in a toasty mug. To celebrate autumn’s beginning with some boozy drinks, scroll down for our roundup of fall cocktail recipes you’ll want to sip on all season long.

First up is this caramel cider cocktail. We firmly believe that apple cider should be a fridge staple during fall. And since caramel and apples are delicious together, it only makes sense to pair caramel-flavored vodka and cider. With just two ingredients, this yummy cocktail will be your go-to for all of autumn.

If you prefer your cider warm, this spiked hot apple cider recipe does it right. With flavors of citrus, apple, and cinnamon, it’s a toasty drink that will warm you right up on chilly autumn evenings. It’s also super simple to make. Just bring the cider mixture to a boil and let it simmer for a few hours so the flavors can infuse. Then spike and serve it warm.

Another one of our favorite warm fall cocktail recipes is this red wine hot cocoa. It may sound like a strange combination, but it works — trust us. Or just try it for yourself! It’ll be ready in 15 minutes.

We love a good sangria any day, but this one is especially tasty. It starts with a bottle of white wine (as opposed to the red wine-base typically found in sangria), and it’s chock-full of autumnal flavors, from apples and pears to cider and cinnamon sticks. The best part? It looks almost as good as it tastes. Serve this in a glass pitcher so you can admire the drink’s autumnal colors while you sip.

No brunch spread is complete without mimosas — the classic pairing of orange juice and champagne never fails to satisfy breakfast booze cravings. To give the mimosa a seasonal update, this fall-inspired version features swaps O.J. for apple cider. Serve it in a champagne flute, and garnish your glass with a fresh apple wedge to make it a little fancy.

If you’re a fan of pumpkin pie (and let’s be real, who isn’t?), you’re going to love this pumpkin pie martini. It’s pretty much a pureed pumpkin pie, minus the crust. The drink does include pumpkin puree in the recipe, so it’s a little thicker than your average martini, but that only makes it tastier. We also love the bright orange hue of this fun fall drink. Serve it in a martini glass with a sprinkle of cinnamon on top.

As a slightly sweeter twist on a classic cocktail, this maple bourbon old-fashioned is the ultimate nightcap for a crisp fall night. It’s a distinguished drink that’s stood the test of time, and the addition of maple syrup makes it extra smooth.

Our last recommendation is this apple whisky sidecar cocktail recipe. It’s a seasonal twist on the traditional sidecar, with apple cider, bourbon, cognac, and Cointreau. Shake it in a cocktail glass and serve it with an apple garnish.